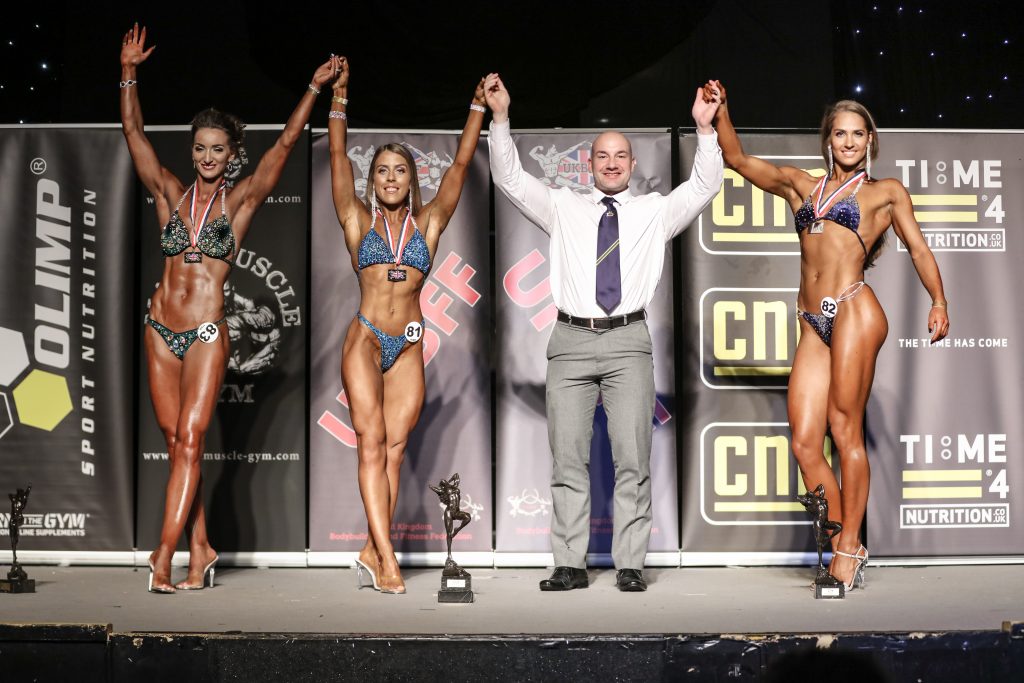 Bodybuilding, it’s one of these things you either hate or love. Maybe you struggle to see the appeal of posing on stage in a skimpy bikini and orange paint or maybe you are considering to compete yourself? It’s an acquired taste I would say for sure and not something I considered doing when I first started going to the gym.

I competed in 2017 because I wanted a career in fitness and as a coach I figured it would be good experience. I will admit getting comments on my physique and questions from strangers if I did compete, sparked the interest. I had also never dieted before and figured it wouldn’t hurt to know what my clients go through. I didn’t really know what I was getting myself into. Sharing my experience in this blog may help you decide if it’s going to be right for you or not.

If you are considering to compete, ask yourself the following six questions:

1. Why do you want to take part in a bodybuilding competition?

The most important factor: the pictures of course! Jokes, if you compete because people say you’d do well or you want to impress someone, don’t go for it. It’s easy to be motivated at the start, but bodybuilding isn’t easy and you’ll need a lot of intrinsic motivation to pull through.

Especially at the moments you want to give up because you really can’t stomach more diet food or another endless cardio session. Wanting to impress others isn’t going to be enough. Understand for yourself very clearly, why you want to do this, what are you looking to get out of the experience so you can remind yourself when it gets tough.

Be careful if you are now overweight and plan to use it as a way to lose weight. Bodybuilding require rigid practices that aren’t supposed to be sustainable. If you’re looking to lose weight and keep it off, I’d recommend focussing on building a lifestyle rather than chasing a goal like this.

2. Do you have the resources to compete in fitness?

Time and money. Competition prep is a full time job. In the final weeks all I was doing was prepping food, training twice per day, eating food and sleeping alongside a 9 to 5 job. That was not easy. 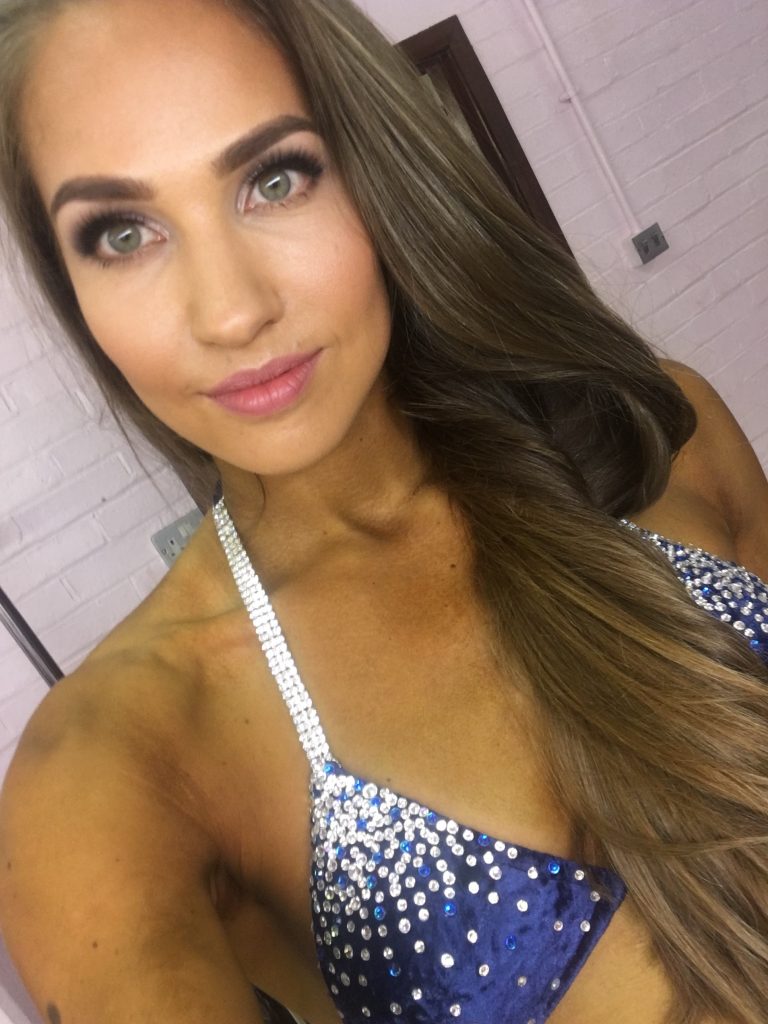 And be prepared to spend money because it’s an expensive hobby too. For girls even more than guys, aside from paying your coach (for prep and/or posing), food and supplements you’ll also need a bikini, make up, heels, the tan (took ages to come off) and that doesn’t come cheap.

Make sure to plan this well in advance also, because especially make up artists get booked around your competition. I almost had to do it myself for my first one cause I’d left it too late to arrange. Can you even recognise me in this picture?

3. Are you prepared to fail?

Nobody goes on stage to get 5th or 10th place. The reality is that most people who compete don’t win. Sometimes it’s bad luck, if you’re competing with a lot of others you may end up being the worst of a great bunch. Whereas if you had chosen a different competition you may have won it. Luck certainly plays a role.

I was very tempted to go for another competition after my first 2 as I got 3rd place on my first and 2nd on my second competition. I felt like I was so close to winning if I’d compete one more time. In my case though, I mentally and physically couldn’t handle being on prep any longer so I decided not to.

4. Do you have a plan for life after stage?

This is what I underestimated the most. For months you are focussed on getting leaner and then you spend maybe 5 minutes on stage doing your poses, and then… nothing! That’s it. Job done! Months of work end in a 5 min T-walk. Maybe you planned a photoshoot after or in the next few days (which I do recommend, if you are going for it) but other than that it is a tremendous effort for 5 minutes of fame.

When your life revolves around prep and you have no plan for after you end up in a void. I decided to start training for strength again and increase my 1 rep max weight on squat, deadlift and bench press. However, it’s not uncommon to lose strength when you’re on prep and for me it took a while to rebuild. I found it very confronting and I basically felt fat and weak the first few weeks post-comp. Motivation to get my ass to the gym was hard to find. The trick is to push through, be kind to yourself and remind yourself that it’s normal and temporary to feel like that.

5. Do you have the right mindset to take part in a bodybuilding competition?

If you are already having problems with disordered eating and are looking for some sort of insurance to stick to your diet this time, you may want to reconsider your plans because competing may backfire. I already touched on this in point number 1, but competing can trigger eating disorders or make them worse.

I never had problems with food and also never dieted before, but once you start measuring every gram of food that enters your body, there’s a real risk of obsessing over it and that can take a while to wear off. It took me about a year before I could relax around food again.

I feel like this is a subject not many people speak about and I’m not saying everyone who competes ends with a messed up relationship with food. However, most people with an eating disorder started off dieting. If your relationship with food is already complicated you might want to look for another hobby.

6. Do you have the right support?

I cannot stress the importance of a good coach enough. Even if you know what you’re doing in the gym and have an amazing self discipline, competing without a coach is hard, if not impossible. A coach helps you with a training and diet plan, but the most important bit is that they kind of function as your brain at times.

When you get close to your competition and you no longer see reality due to the severe body dysmorphia you will have developed by then, they can help you keep it together. I have experienced nervous breakdowns crying on the phone to my coach as I didn’t feel ready. Yes, that happens and it’s often completely unrealistic.

Bodybuilding is not a particularly healthy sport, especially for females and can make you lose touch with reality. Body fat has a multitude of functions and by putting so much stress on your body, that’s going to give a reaction. Physically and emotionally. Some examples of possible consequences are loss of menstruation, reduced sex drive and emotional instability. Ask yourself if that’s worth it to you.

However, support isn’t limited to just your coach, it’s your friends, housemates, partner and colleagues as well because they will all feel the consequences of your adventure. You will be moody, tired and grumpy at times and you may take this out on the people around you. Be also prepared to live like a hermit for a bit. Socialising will be minimised for a while as your life will revolve around prep. Not everyone can appreciate that.

So, have you made up your mind?

Will I ever compete again? Possibly, but probably not. Bodybuilding isn’t for everyone, but the only way to find out if it is, is to give it a try. I do not regret competing. My life would have been a bit easier if I had given the aftercare a bit more thought and planning, but you live and learn.

I have learned a lot about the psychology of dieting and what it feels like to not have control around food. This makes me a better nutritionist and coach because yes, there was I time when I thought that fat people who regain weight after losing it, just have no discipline. I now understand it’s not that black and white and have experienced how powerful the biological drive not to starve can be, no matter how disciplined you are.

Competing also helped me reconnect with what I love about fitness. Training for aesthetics taken to the extreme made me see the value of training for performance again. In fitness we sometimes get carried away caring too much about what our bodies look like, rather than how they feel and perform.

I’ve also had people advising me not to compete and warning me for all I have experienced. Only after having been through that I truly understand what they were saying. A comment one of my coaches made was: “why don’t you just focus on becoming a really good athlete?”. I didn’t really get that back then, but it’s what my focus is ever since competing. Because I did experience adverse physical and mental health effects I also made the conscious choice not to coach anyone with bodybuilding aspirations.

This is not to say, you shouldn’t compete. You might experience differently. There are many people who enjoy being on stage and having no problems going from dieting to not dieting. We are all different.

However, there’s also a lot of people who do have issues, and often this is not discussed. Nobody asked me after my competition how I was doing, if I had any problems getting back in to normal eating. It’s often the elephant in the room and we’re uncomfortable talking about it. Only months later I found out it is actually quite common. It is the first thing I ask people now when they tell me they compete. If you are going for it, you will hopefully have a better understanding of what to expect and prepare accordingly.

What is your experience with bodybuilding? Let me know in the comments!